In this first guide, we will:

The source code for this example can be found here:

This tutorial relies on the terminal/command-line, so if are not well-versed in using such tools, you should copy/paste the snippets found on this page.

If you have not yet installed the Dart SDK, then it is required that you do so before continuing:

In addition, the curl tool will be used to send requests to our server:

Also, you will need to have the Dart SDK in your PATH environment variable, so that the dart and pub executables can be found from your command line:

Finally, note that some steps will mention Unix-specific programs, like nano. Windows users should instead use Notepad. Alternative programs will be mentioned where relevant.

The first thing we'll need to do is create a new directory (folder) for our project.

Next, we create a pubspec.yaml file, and enter the following contents:

Now, just run pub get, which will install the angel_framework library, and its dependencies:

Angel can speak different protocols, but more often than not, we'll want it to speak HTTP.

Create a directory named bin, and a file within bin named main.dart.

Add the following to bin/main.dart:

Next, in your terminal, run the command dart bin/main.dart. Your server will now be running, and will listen for input until you kill it by entering Control-C (the SIGINT signal) into the terminal.

Open a new terminal window, and type the following:

You'll just see a blank line, but the fact that you didn't see an error means that the server is indeed listening at port 3000.

By adding routes to our server, we can respond to requests sent to different URL's.

Let's a handler at the root of our server, and print a simple Hello, world! message.

From this point, all new code needs to be added before the call to http.startServer (or else it will never run).

Add this code to your program:

(Note that this is the last time the entire file will be pasted, for the sake of brevity.)

Let's break down the line we just added:

It consists of the following components:

Angel.get is one of several methods (addRoute, post, patch, delete, head, get) that can be used to add routes that correspond to HTTP methods to an Angel server instance.

Combined with the path, '/', this signifies that whenever a request is sent to the root of our server, which in this case is the URL http://localhost:3000, the attached closure should be invoked.

The path is important because it defines the conditions under which code should run. For example, if we were to visit http://localhost:3000/foo, we'd just see a blank line printed again, because there is no route mounted corresponding to the path '/foo'.

The two parameters, req and res, hold the types RequestContext and ResponseContext, respectively. We'll briefly cover these in the next section.

Finally, we call res.write, which, as you may have surmised, prints a value to the outgoing HTTP response. That's how we are able to print Hello, world!.

Just as their names suggest, the RequestContext and ResponseContext classes are abstractions used to read and write data on the Web.

By reading the property req.headers, we can access the HTTP headers sent to us by the client:

Web applications very often have users send data upstream, where it is then handled by the server.

(You can also handle others, but that's beyond the scope of this demo.)

So, as long as the user sends data in one of the above forms, we can handle it in the same way.

Add the following route. It will listen on the path '/greet' for a POST request, and then attempt to parse the incoming request body.

Afterwards, it reads the name value from the body, and computes a greeting string.

To visit this, enter the following curl command:

You should see Hello, Bob! appear in your terminal.

In the previous example, you might have noticed this line:

Angel handles errors thrown while calling route handlers, preventing your server from crashing. Ultimately, all errors are wrapped in the AngelHttpException class, or sent as-is if they are already instances of AngelHttpException.

By default, either an HTML page is printed, or a JSON message is displayed (depending on the client's Accept header). In many cases, however, you might want to do something else, i.e. rendering an error page, or logging errors through a service like Sentry.

To add your own logic, set the errorHandler of your Angel instance. It is a function that accepts 3 parameters:

Note that we kept a reference to the previous error handler, so that existing logic can be reused if the case we wrote for is not handled.

To trigger a 400 Bad Request and see our error handler in action, run the following:

You will now see 'Oops! You forgot to include your name.' printed to the console.

Congratulations on creating your first Angel server! Hopefully this is just one of many more to come.

The choice is now yours: either continue reading the other guides posted on this site, or tinker around and learn the ropes yourself.

You can find angel_* packages on the Pub site, and read the documentation found in their respective README files:

Don't forget that for discussion and support, you can either file a Github issue, or join the Gitter chat: 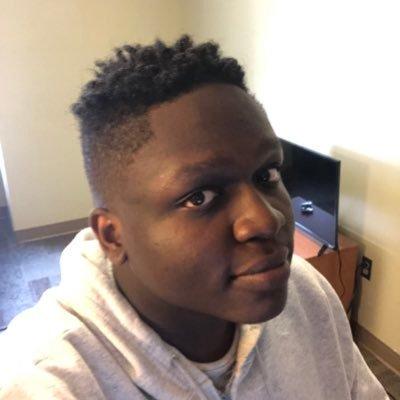